ENLIGHT LED Bulbs: MADE IN KARIMADOM

Don Bosco Veedu Society an Indian Charity working among the underprivileged children and women in Trivandrum initiated a noble venture to promote employment opportunity among the deprived women from the Karimadom an urban slum from Trivandrum, Kerala. There are 10 women working under this project to make LED bulbs. They make LED bulbs of 9 watt and 12 watt. They are supplied with the raw materials and they produce this from home. 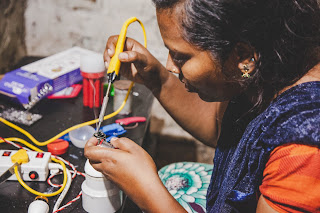 A women from Karimadom is making the LED bulb from home 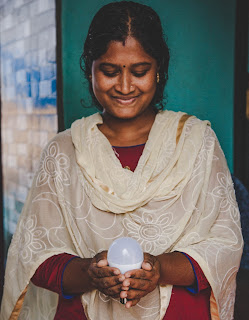 Women with the finished bulb 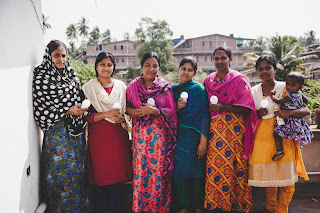 
We also look for volunteers in marketing the light bulbs and thereby helping the women to have a better life. Those who are interested to join this venture can write to us: dbveedu@gmail.com
Posted by DB VEEDU at Thursday, March 19, 2020 No comments:

The Labour Department, Government of Kerala and CHILDLINE Trivandrum jointly observed International Anti Child Labour Day on 12th June, 2017. The inaugural function took place at Government Model Boys HSS, Chalai. Shri. S. Thulaseedharan, additional Labour Commissioner (IR) welcomed the guests. Shri. Kadakampalli Surendran, Hon. Minister of Tourism and Devasom, was the chief guest at the function. He spoke about the rampant child labour prevalence in other parts of India and the much better situation of Kerala regarding child labour. He also said that the new child labour prohibition act is a regress and will promote child labour as there are provisions in it providing for children to involve in family business and entertainment industry. He also exhorted all children to report if they find child labour and make use of the opportunity they have to gain good education as many children in our country still do not have the opportunity to attend school.  Fr. Thomas PD, Director of CHILDINE, Trivandrum presided over the function. He spoke of the need to include skill based plus two education to reduce dropout children becoming child labourers.  Shri. Manuel George, Programme Coordinator, CHILDLINE rendered the anti-child labour oath to children. 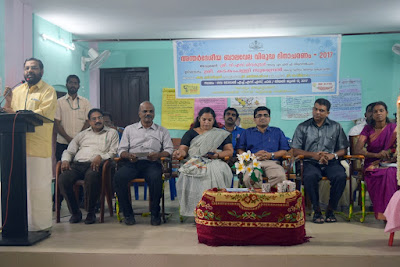 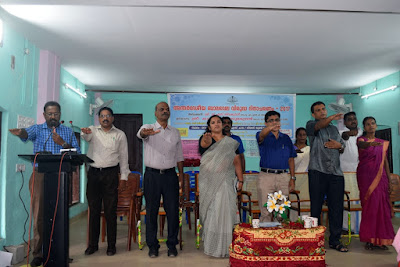 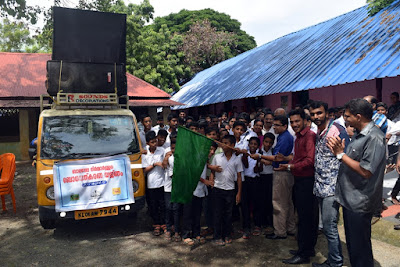 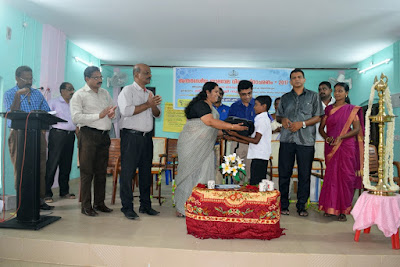 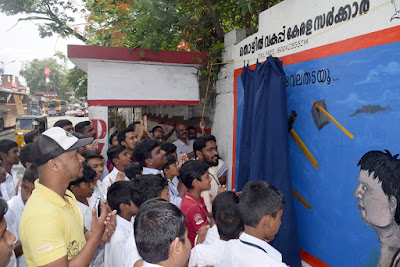 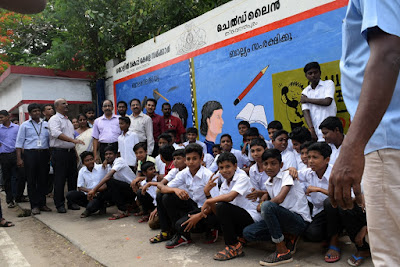 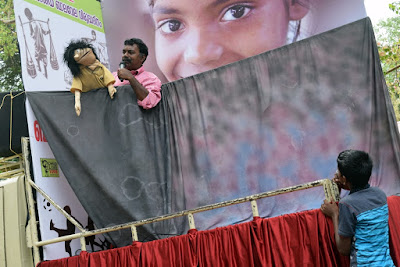 
Don Bosco Veedu summer camp - Summer Green - 2017 concluded on 17 May 2017. It was a one month programme for poor and at risk children to learn life skills, identify and improve their skills and abilities, replenish their creativity and lots of time for fun and games.

The valedictory function of Summer Green 2017 started with prayer song. Welcome remarks by director Fr. Thomas P.D. Camp report was presented by Ms. Surya Shaji. Mr V.K. Prasanth,Hon’ble Mayor, Thiruvananthapuram inagurated the valedictory function. The Mayor stressed the importance of summer camp in developing a variety of social skills such as communication, conflict resolution ability etc, which are essential for children in thier daily life. He was on the view that Don Bosco summer camp encourages the participants to be better performers in their schools. He also appreciated the organizers of Summer Green 2017, by praising the achievements of Summer green 2017.  Fr Stephen Mukkattil and Fort SI Shaji mon rendered the felicitation speech.

Tele -Serial child artist Ms. Gopika (Chakky) annouced the best team in Summer Green 2017.  The best campers were selected and awarded during the event. The campers performed various cultural programs such as thiruvathira, group dance, and group songs. Cultural programs helped the participants to exhibits their talents and was a visual treat for the audience.

Director Fr. Thomas P.D distributed study materials to the campers. Mrs. Amala rendered the vote of thanks and also organized a group photo session. The camp concluded with picnic to Happy Land, a water theme part. The summer camp had 140 participant children. 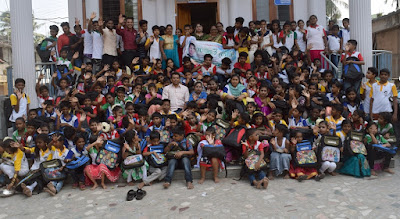 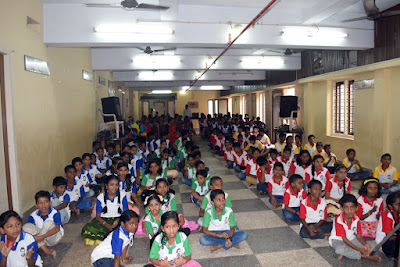 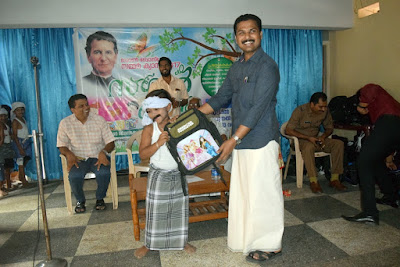 Every Year an average of 1 lakh children are missed in India. Of this 45% are gone forever and never traced. Of the same 55% are girl children.  As per NCRB statistics every 8 minutes a child is missed in India. 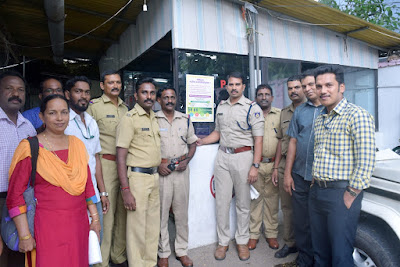 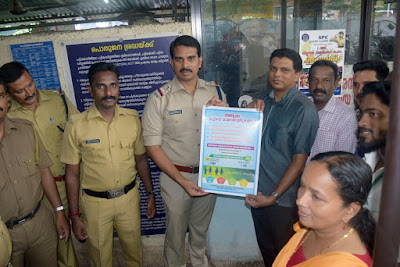 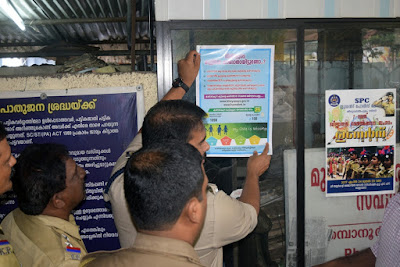 
Disciplining Children
Parents have a fundamental constitutional right to care, custody, and control of their children, including the right to discipline them. Child discipline is the method used to prevent future behavioral problems in children. The word discipline is defined as imparting knowledge and skill, in other words, to teach. In its most general sense, Wikipedia states that discipline refers to systematic instruction given to a disciple. To discipline means to instruct a person to follow a particular code of conduct.

The ‘Ceiling Fan’ Terror
Recently, CHILDLINE Trivandrum received information about a 10 yrs old boy named Rajesh (given name). He is a 5th Std student at LMS UPS, Perumbakonam. The boy lives with his father and stepmother. In the first week of December 2016, the child was physically tortured by his father, as part of punishment for his wrongdoing at home. His hands and feet (also neck) were tied with a rope and suspended on a ceiling fan! CHILDLINE staff informed the local police station (Marayamuttom), who in turn visited the home and rescued the child. The boy’s statement was recorded. A case was also registered and later handed over safely to CHILDLINE Trivandrum. There were contradictions in his statement. The boy, at first said that he was hung from a fan; later said that he was tied to a window. Our staff member had a counseling session with him and gave emotional guidance.
The father has been arrested and currently under judicial custody. As per our home study report, the mother had been found to be not fit to look after the child. Hence the CWC will be in charge of the care and protection of the child.

Children occupy a special place in the law
As part of the child-caring process, parents or caregivers may need to discipline a child. This discipline sometimes involves physical acts such as spanking, confinement, or the restriction of privileges. Though courts are often very reluctant to intervene in family matters or dictate how parents must raise their children, some acts of discipline or types of acts against a child are considered abusive and criminal. When a parent, guardian, or child caregiver - or anyone in a position of power - commits violence, sexual acts, or other damaging acts against a child, the courts punish these acts as child abuse. It is important to use discretion and use disciplinary methods that are congruent with the physique and al round health of the child. 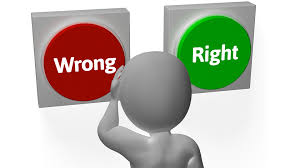 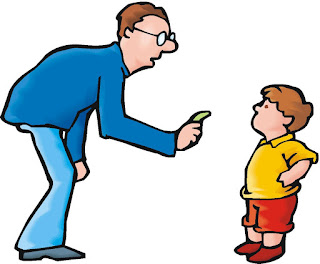